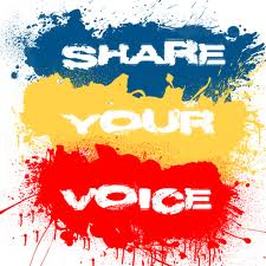 The word democracy is an ancient Greek word meaning (demokratia), 'rule of the people'. It comes from the two words (demos) 'people' and (kratos) 'power'.
The government in Athens was a democracy; like the one in Australia, only the people voted on all of the laws. There were lotteries to becoming an official (an official is like a member). Some important positions of power, like the treasurer and the 10 Generals (generals ran the army), where voted on.

There were three 'parts' to the government in Athens:
The Assembly- this was where all of the new laws and important decisions were made. Anyone who turned up to vote could be part of the assembly
The Council- the council took care of all the day-to-day running of the government.
The Courts- this is where all of the trials and law suits were taken care of. The juries were always large. For a private lawsuit, the jury would be, at a minimum, 201 people. For a public lawsuit, the jury would be, also at a minimum, 501 people.

Athens and Sparta were two vastly different city-states. On one hand, Athens was the centre of democracy and peace, while on the other hand, Sparta was famous for its brutality and war-like stance on everything from everyday life to how a child should be brought up.
Athens
Athens

Famous Leaders
The most famous leader of the Ancient Greek period is Alexander the Great. He is considered as one of the greatest military geniuses of all time. He managed to expand the Greek empire to India before his death.
Alexander was born in Pella, Macedonia in 356BCE. Because of him, the Greek/Macedonian empire stretched from the western shores of Greece, to Egypt, to India and the Himalayas.
Alexander the Great died in Babylon in 323BCE.

Famous People
Greece had many famous people. Most were mathematicians, inventors, physicists and philosophers. Mathematicians of the day are now considered to be the 'fathers' of their chosen fields.
One of the most famous people was Archimedes. He was a mathematician, physicist, engineer, inventor and an astronomer. He found a way to calculate the volume of irregularly shaped objects. He also invented a whole list of things; Archimedes's Screw, Archimedes' principle, Claw of Archimedes' and Heat Ray are a few of his most famous inventions/methods. He (Archimedes) was born in Sicily in 287BCE. He died in 212BCE, leaving behind him a great legacy and permanently etching his name into our history.


Archimedes is only one of the many Ancient Greek inventors/'fathers'. There are so many others that, along with him, have their names "written in gold letters" in our history books and we will be forever studying their works.