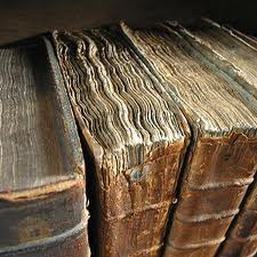 Greek history can be traced all the way back to Stone Age Hunters and early farmers. It begins at about 8,000BCE (Mesolithic Period) to 30BCE (Cleopatra's death-end of Ancient Greece period).

A Background
The Minoan and Mycenaean civilizations are considered to be the founders of  Ancient Greece. The Minoans occupied an island off mainland Greece called Crete. They were sea fairing peoples and did much trade with the Mycenaean's. The Mycenaean's came from the grasslands of southern Russia. As well as trade, they also learned a great deal from the Minoans. The Mycenaean's began the Trojan War because Troy was unfairly taxing the trade ships of the Mycenaean's. This war is famous for the Trojan Horse; hidden inside were the best of the Mycenaean soldiers. The Trojan's  took the horse for a peace offering and took it into the city, but that night, the soldiers inside unlocked the gates to Troy and the rest of the army entered and defeated the Trojans.
After the war, the Mycenaean's never settled back to being peaceful. so, in the aftermath of the war, was the Dark Ages.

·         594BCE-Solon lays foundation for democracy in Athens. Introduces Athens to first coinage and a system of weights and measures

·         449BCE-Acropolis and other major building projects begin in Athens

Greece is located in south-eastern Europe. It can be easily divided into three section: Northern Greece, Central Greece and the Peloponnese. Greece stretches from the Balkans into the Mediterranean Sea. Along with it's many gulfs and bays, the area is generally quite mountainous with the exception of some forests.
Greece has 1,200 to 6,000 islands, depending on the minimum size. These islands include: Santorini, Crete, Hydra and thousands of others.
Greece's lands are mostly stony and only suitable for grazing. However, other areas of Greece are better suited to growing crops like wheat, barely, citrus, dates and olives.

Many landmarks in Greece are ancient buildings, temples and places of great religious significance. These places include:·